"Zombie Road" is the third episode of Season 2 of Z Nation and the sixteenth episode of the series overall. It first aired in the United States on September 25, 2015.

As the radiation clouds are building, the team has to conjure a new plan to get to California. However, there's a few new things to worry about, too: Cassandra really seems to be having a hard time in her new life as an almost-zombie; there's a new breed of zombie out there; and, out of nowhere, a wagon train of survivors and some new bounty hunters have turned up.

The cavalcade of vehicles are owned and operated by a man named Samuel Custer, who's leading his people to Edmonton, Canada. It's cold there and the zombies don't like it. But they've got a long way to go and they're in an area that's been overrun by Blasters, mega-zombies who were killed in the nuclear blasts. As the team decides to match up their fortunes with the convoy, a likable simpleton named Wrecking Ball takes Murphy and Doc aside and gets them stoned on Z-Weed, which is pot made using zombie corpses as compost.

When Custer busts them, Murphy is required to ride in the medical wagon with the people dying of radiation poisoning or, as Addy and Roberta call it, "a zombie bomb waiting to go off". When Murphy gets Cassandra Z-stoned on Z-Weed, she becomes a little more Z-tastic than we've seen her be in the recent past, though also a little more coherent, too.

As the convoy is attacked by a group of bounty hunters, Roberta and Vasquez learn that they actually make a pretty good team while Cassandra saves Doc and Wrecking Ball by jumping onto the hood of the car and chewing a guy's face off. It buys enough time for Doc and Wrecking Ball to bail out, though their car is successfully carjacked and races off with the convoy's entire water supply.

The team manages to catch up with the water car (and a bloody Cassandra, who made short work of the carjackers), though Murphy manages to carjack the vehicle himself, accompanied by Cassandra and Wrecking Ball. Then, just as predicted, the medical wagon turns into a zombie day care center, where one guy dies, attacks another, and so forth until Addy is caught between regular Z's and terrifying Blasters coming at her from the road.

Addy is saved just in time by 10K as Roberta gets the team through a Blaster barricade and safely off the convoy. Sam Custer, who'd been slowly but surely losing his mind due to radiation exposure, is not so lucky as a Blaster eats his face.

Murphy, Cassandra and their new sidekick, Wrecking Ball are en route to the lab in Minneapolis that grows the Z-Weed. 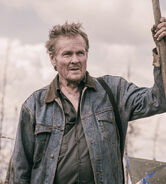 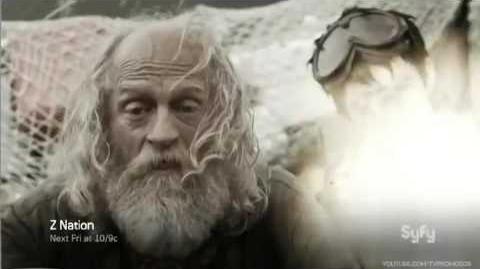 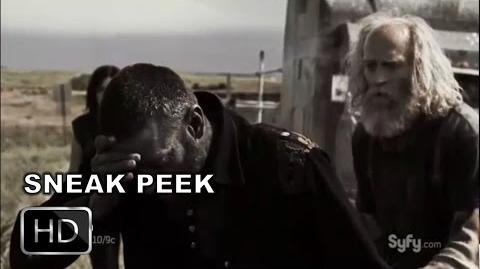