"White Light" is the second episode of Season 2 of Z Nation and the fifteenth episode of the series overall. It first aired in the United States on September 18, 2015.

When the team continues to try to escort Murphy out of Cheyenne and to the CDC, bounty hunters have descended upon the town, among them a formally dressed Hispanic man carrying a rocket launcher.

Cassandra is still running around in a bathing suit and a fur coat and she seems to have started attacking people much like the zombies do. The Mexican with the rocket launcher shoots at 10K and he falls and hits his head. He comes back from a light but comes back temporarily deaf. He and Doc run off together to try to find Murphy, who's used his psychokinetic powers to convince a zombie about his size and build to trade clothes and be a decoy. When Vasquez tracks down the decoy, he's attacked by Cassandra.

As Doc continues to try to protect 10K, he runs afoul of a sniper and ends up getting choked almost to death in a hotel room. Doc almost dies as his spirit floats above his body, but he catches sight of a small dagger and uses it to kill the man who was choking him. Citizen Z up in the North Pole, is being chased by a bunch of zombified soldiers. But even though he sees an incident from his past flash before his eyes, Citizen Z pulls through.

Roberta is saved from a bounty hunter by Vasquez, but not before she sees a vision from her past, of nearly drowning in a pool. Murphy, tired of it all and just wants all the running to stop, jumps off the roof of the hotel and lands in the pool, filled with zombies that break his fall. Addy desperately tries to save Mack from a zombie-infested stairwell, but she’s too late. Mack turns into a zombie and Addy gives him mercy. The man with the suit reveals he has a "Z" tattooed on his hand.

Addy rejoins the team, expresses her anger and sadness by using Murphy as a punching bag for a while, and they all decide to head west as fast as they can. 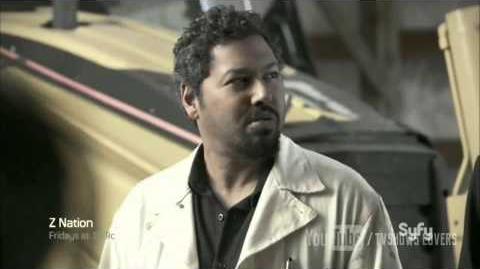 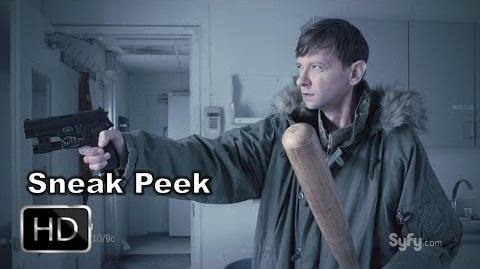