Wes is part of a gang of bounty hunters that are going after Murphy. They are organized and have a plan for catching Murphy and taking him to California.

During the hunt, the group gets separated and Wes finds Murphy at a hotel. He follows him into a room, where he fights 10K and Doc. As 10K is the sniper, same as Wes, Doc is tasked with creeping up on him. When entering the room Doc's gun glitches and an intense fight breaks out between the two. Doc is almost choked to death, however he knocks over a shelf and grabs the knife that fell over along with the shelf and kills Wes. 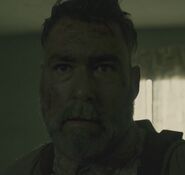 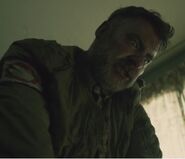 Wes seconds before his death