We Were Nowhere Near the Grand Canyon

"We Were Nowhere Near the Grand Canyon" is the tenth episode of Season 2 of Z Nation and the twenty-third episode of the series overall. It first aired in the United States on November 13, 2015.

Roberta and Vasquez kill a bunch of zombies, only for Vasquez to appear as a zombie. Roberta wakes up from her dream startled and looks at Vasquez, whom she fell asleep on. Citizen Z has returned, he's still in the North Pole and there are still zombies with him but he's managed to keep up his spirits and ammunition.

The team's current problem is the Zunami, a horde of zombies many miles wide making its way across the desert and destroying everything in its path. The team decides to split up: Roberta, Vasquez, Murphy and Addy all ride off on ATVs and find the Northern Quest Casino Resort, a place that isn't taking in any outsiders, while Doc and 10K decide to get to higher ground on their own. It doesn't go well for the duo, as the son of Chief Dan Firecloud, the man who runs the casino, ambushes them.

Chief Firecloud doesn't think the Zunami is as bad as Roberta says it is, but his daughter thinks differently. Meanwhile, Addy tries to establish a radio connection with Citizen Z whilst trouble is brewing for Doc and 10K, who have been taken to camp and tended to by the Chief's daughter. The tribe is wary of the zombie virus infecting their community; they call it 'Zendigo' and describe it as a "disease of the soul."

Doc heads off with the Medicine Woman and she gives him a good deal of peyote, which seems like it might be fun until he and 10K are ejected from the camp and get caught in a net. The tribe's looking to have an early warning system for the invading horde of zombies, and they leave 10K and Doc to be that system. When a Z enters the scene, Doc uses astral projection (via that far-out peyote, we assume) to kill it.

Finally, the Chief's daughter rescues 10K and Doc and brings them to the casino. The team reunites.

When the Chief sees the impending zombie horde, he orders his tribe to head for the 'Sacred Cliffs' but decides to go down with the casino himself. Meanwhile, Citizen Z, via successful radio contact established by Addy, asks the team for help when his missile launcher won't fire. Roberta pitches in and Citizen Z is able to blow a Z to kingdom come.

When the zombie horde finally arrives at the casino, it's so strong that it brings down the entire building. The Chief's daughter leads everyone to the Sacred Cliffs, where she reunites with her brother. Doc, still hallucinating from his vision quest, gets an idea from the drawings of the tribe's ancestors: namely, guiding buffalo towards the edge of a cliff, where they would fall to their deaths. The team directs the zombies away with a wall of fire and watches them tumble into the Grand Canyon.

Murphy has a very hard time with seeing his own "tribe" fall to their deaths and Roberta and Vasquez have to restrain him. Roberta provides some tough love and tells Murphy that the time is coming when he has to decide which side of the humans vs. zombies battle he's on and, while he's deciding, he should remember which side is trying to keep him alive and which side is trying to eat his brain.

Roberta wipes a tear from Murphy's face and the team is off again. 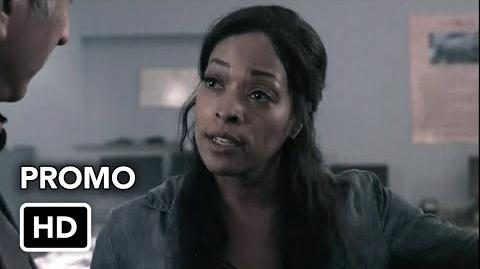 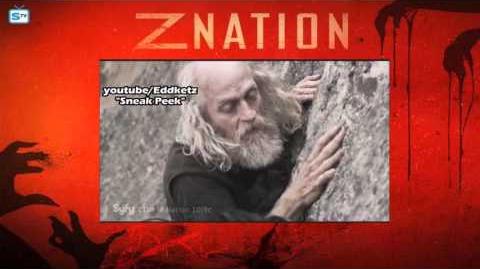