Jodi aka "Stormy" is a character from "Z Nation", first encountered in Season 1 episode 3 "Philly Feast".

Nothing is known about Stormy's life before the outbreak started, nor the circumstances she joined Tobias' group or her full name.

Stormy was part of the Philadelphia Cannibal Survivor Group.

Led by Tobias, the group started out like many others in Philadelphia, surviving through resourcefulness and cunning, while retaining some semblance of their humanity and morality. However, during Black Summer, Tobias suffered a mental breakdown and led his "family" down the dark path of victimization and cannibalism.

After they became cannibals, she was a "lure" used to attract male survivors with the promise of sex. She was not a prostitute in this role, however, as the goal was to incapacitate her victims before sex so they could be robbed and cannibalized.

In the events of Philly Feast, the "family" encountered the Westward-bound survivor group after Travis spotted Cassandra with them. Eventually, the Philly group was able to kidnap Addy and propose a trade to get Cassandra back. This trade prompted the Westward group to return with a plan to free Cassandra, the result of which was the utter destruction of the Philly group.

Her status after that is unknown. 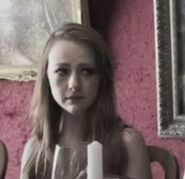 Stormy, preparing for a meal