Party With the Zeros

"Party With the Zeros" is the twelfth episode of Season 2 of Z Nation and the twenty-fifth episode of the series overall. It first aired in the United States on November 27, 2015.

When the team reaches the U.S.-Mexican border, they come across a 2,000-foot long wall they can't go around or over, they quickly run out of ammunition, and Murphy's psychic ability to control zombies seems to not work anymore. It looks like the end until they're rescued in the nick of time by Escorpion, head enforcer of the Zeros cartel. Escorpion leads them through the wall, under a tunnel, and into a lush compound where everyone is seemingly completely fine with torturing zombies by leaving them to rot as compost. This gorgeous paradise is run by La Reina de los Muertos, and she is serious business.

La Reina is basically looking to be the purveyor of the zombie cure, and has a doctor who can cook it up with Murphy's blood: mean little Walter Kurian. He's basically responsible for the Z outbreak in the first place and more or less for setting off all those nuclear weapons in Colorado. Roberta absolutely wants to kill him but La Reina talks her out of it; after all, Kurian is the only one qualified in the immediate vicinity to conjure the antivirus.

When La Reina offers the team a bounty and membership in the Zeros in exchange for Murphy, Vasquez tells Roberta she should accept. She reluctantly does and the team is whisked off to their initiation: a gladiator pit where they're forced to kill a whole bunch of zombies. They do this handily (and in the dark, at that), and while they're at it, Vasquez finally finds who he's been looking for all this time: the man who killed his wife and daughter in front of him years ago. That guy turns out to be Escorpion.

Then there's an '80s makeover montage where everyone looks spectacular in new clothes and makeup and Doc gets his beard put up into pin-curlers. Meanwhile, Kurian is testing the vaccine with human subjects, which is producing half-zombie Cassandra types that follow Murphy's movements to a T. Roberta confronts Murphy as everyone is making an offering to the Man Whose Blood Saved Humanity, demanding to know exactly what it is that Murphy has promised Kurian. Murphy plays innocent, but let's be honest, the thing about Murphy is that he will always be out for himself. Roberta also tells Vasquez that she's cool with him killing Escorpion but to wait until they have a real plan.

Vasquez, though, takes matters into his own hands and prepares to shoot Escorpion in the back of the head. Roberta acts fast and diverts the bullet, an action interpreted by the Zeros as saving La Reina's life. Vasquez is dragged off to be tortured, and during the interrogation session, Escorpion mentions 'Zona'. Kurian prepares to inject his vaccine into Vasquez as his nefarious plan is revealed: inject the serum into a person, have Murphy control him to make it look like the vaccine is a success, and then inject it into La Reina so that Murphy can control her, too and thusly, the entire world. 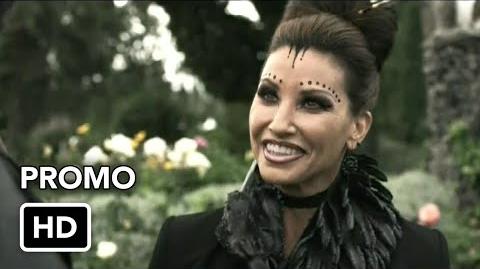