The "Northern Lights" listening post is a National Security Agency (NSA) outpost in the Arctic Circle.

Being so extremely remote, it serves as an ideal command center for coordinating survival efforts after the zombie apocalypse, though through an unfortunate series of events, Citizen Z was left as its sole human occupant. "Z" broadcasts from the station in an effort to contact any survivors who may be left in the world, and has intermittent contact with the Westward-bound survivor group.

When nuclear missiles are launched, one of them is headed for the location of Citizen Z. The missile defense system is successful in stopping the nuclear attack but the shockwave manages to damage the facility. In addition zombies that were frozen in ice return to haunt Citizen Z when the heat releases them into the open.

Citizen Z tries to leave the compound together with Pup, but is caught in a blizzard. Eventually he returns together with Kaya and her grandparents and they start repairs to return power to the station. Citizen Z and Kaya restart their broadcasts on the radio.

Kaya eventually gives birth to her son, JZ, and he is raised at Northern Lights for several years until the family leaves for Newmerica. 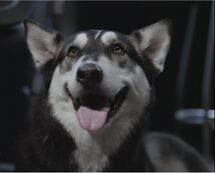 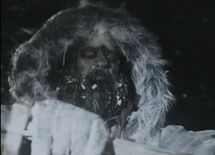 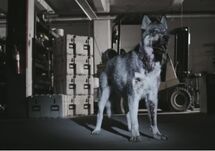 Citizen Z and Pup after killing the zombie husky

Citizen Z and Yuri in the Command Center

Citizen Z and Yuri golfing in the warehouse at Northern Light

Another picture of NSA Camp Northern Light from the top.
Add a photo to this gallery

Retrieved from "https://z-nation.fandom.com/wiki/Northern_Light_Listening_Post?oldid=27103"
Community content is available under CC-BY-SA unless otherwise noted.