"Mt. Weather" is the twelfth episode of Season 4 of Z Nation and the fifty-fourth episode of the series overall. It first aired in the United States on December 15, 2017 at 8/7c .

On their quest to find the thumbprint of the President of the United States, the gang heads to Mt. Weather, Virginia, where the government has gone to wait out the apocalypse in a secret underground bunker. When they approach a vehicle with the Presidential seal on it, the person they think is the President turns out to have been eaten by his own zombified Secret Service detail; there's no thumbprint or even a hand. However, it turns out that the corpse is actually the President's husband.

The gang makes their way into the underground bunker and basically kill what's left of the zombified Congress. Finally, the gang comes across the President, who knows her husband is dead and has two remaining Secret Service agents, both named Agent Johnson. However, it turns out that the current President has no thumbs. A few days prior, Mr. Sunshine from Zona turned up, drugged the Secret Service agents, and took her thumbs. It turns out that they need the thumbs of the President from when the apocalypse started: Bill Carney. He's a zombie now and he's 25 levels down. Before the team set off to find the President, they are shown a video about Black Rainbow and learn that it's an Cold War-era fourth-strike weapon that rains down flesh-eating bacteria and rids the world of all living creatures to defend U.S. interests, even when the U.S. no longer exists.

The gang travels down to the 25th floor of the bunker, which is filled with the zombified staff of the West Wing and the cast of Hamilton. As per usual, the gang constructs a pretty serious plan: they're going to bring the zombies into an empty room and kill them one at a time until they find the one they're looking for. That’s when they realize that Warren is missing. She’s made her way further down in the zombie bunker, where she finds the President they actually need in a press briefing room, complete with a teleprompter stating that the zombie virus is under control.

With the zombie President in tow, the gang prepares to head to Washington, D.C. and Warren mentions that they'll be going to stop Black Rainbow. That’s when the current President turns on them and the Secret Service pull their guns. As Commander-in-Chief, the President tells Sarge to assist Agents Johnson and Johnson in taking Operation Bitemark prisoner. Sarge is torn, as she has grown attached to Operation Bitemark, but she’s also a Marine and she took an oath to obey her Commander-in-Chief. 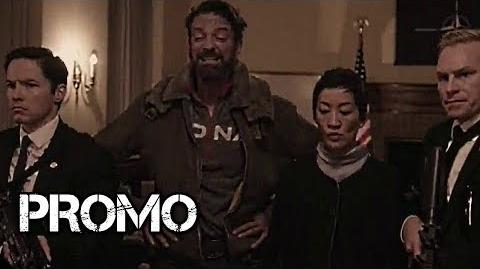 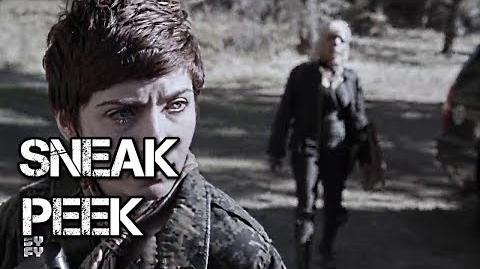 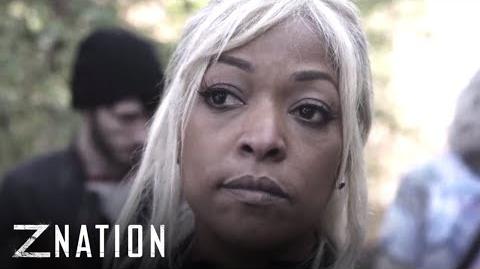