"Down the Mississippi" is the seventh episode of Season 2 of Z Nation and the twentieth episode of the series overall. It first aired in the United States on October 23, 2015.

The team comes to the mighty Mississippi, not an easy river to cross unless you have a boat and so far, the only boat available is covered in zombies. After quickly dispatching of the Z's, the team heads south and runs into Sketchy and Skeezy. They've just looted Graceland and are practicing a new hustle called "The Murphy," where they pass Skeezy off as the Zombie Messiah.

It's all shady charm until the boat is overrun by a zombie jam and the team is separated from 10K. 10K gets caught up in the various shenanigans of Sketchy and Skeezy, including a run–in with a pack of gun-toting hillbillies from whom they narrowly escape by claiming to be able to immunize from the Z virus via Skeezy's rather artless bite.

Meanwhile, on the other side of the river, the team starts to argue about whether they should go back and look for 10K or keep moving. Per Doc's insistence, they agree to spend 24 hours looking for him, but Roberta tells Doc that if they don't find 10K by morning, they're going to have to move on without him.

Sketchy and Skeezy come across a dentist's truck and drive it to a nearby town. The truck is part of an organized scam to traffic humans, kill them, turn them into zombies and use them as slave labor in a town run by a guy named Tyler Burr, who's basically a dandy in a televangelist suit. Sketchy, Skeezy and 10K are all welcomed into the fold because the truck had zombies in it.

Murphy is still pretty angry over Cassandra being killed, and the team is starting to disagree over the idea that the mission is to get Murphy to California and everything that stands in the way is expendable.

Back in Burrville, there's a new love interest for 10K and that never goes well. We're instantly worried for this girl, though she ends up being the only person who takes 10K seriously when he says that he was traveling with The Murphy. And when Sketchy and Skeezy are put on trial by none other than Escorpion for stealing the truck, she's the only one who can save 10K's neck.

After Sketchy gives impassioned yet ultimately ineffective pleas for justice, The Scorpion sentences them all to hanging. Luckily, 10K's new love interest finds the team and leads them to the town. They arrive with guns blazing, freeing the zombie slaves, grabbing 10K and hitting the road once again leaving Sketchy and Skeezy to close the episode with their own Butch Cassidy and the Sundance Kid-style freeze frame. 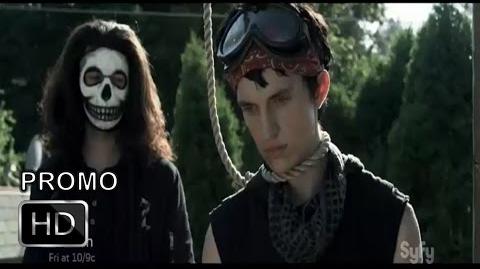 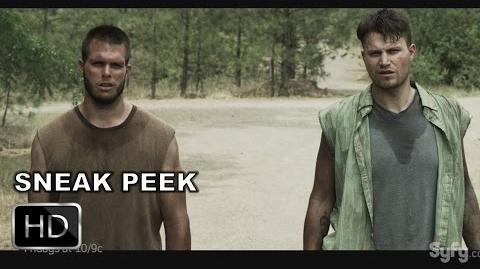