Start a Wiki
watch 01:32
The Loop (TV)
Do you like this video?
"Doc Flew Over the Cuckoo's Nest" is the sixth episode of Season 3 of Z Nation and the thirty-fourth episode of the series overall. It first aired in the United States on October 21, 2016 at 8/7c .

Doc has managed to get himself separated from the group and unwillingly admitted into the Serenity Falls Institution for the Criminally Insane, a psychiatric hospital filled with a ragtag group of patients lorded over by Nurse Ratched and surrounded by zombies.

After Doc is knocked unconscious by a patient who thinks he's Elvis, he comes to strapped in a strait jacket, being scrutinized by Nurse Ratched and her brood. They overheard him saying he was a doctor, and Doc's quick psychological analysis of all the patients is impressive enough to get him out of his restraints and accepted as Nurse Ratched's colleague. Ratched then takes Doc to see the facility's latest and most troubling guest: 10K, who's near-catatonic from lack of the vaccine that keeps him from falling under Murphy's control.

Nurse Ratched had scheduled a lobotomy for the new patient but Doc convinces her that he's only suffering from '10K Fever' and is in need of meds. There's a fully stocked pharmacy on the other end of the 'Z ward,' an area of the hospital overrun with zombies who turned during electroshock treatment. Doc and Elvis traverse the wing and make it to the drugs, returning just in time to stop Nurse Ratched from going through with her lobotomy plans.

After Doc injects 10K with an impromptu cocktail, he starts providing the patients with medication that might actually help with their various conditions. Elvis then brings in 10K, who's feeling 'super-mellow' but is at least somewhat coherent. 10K fills in Doc on Murphy's plans to create a New World Order up in Spokane, after which they attempt to flee from the facility.

Unfortunately, Doc and 10K's escape attempt is thwarted by Nurse Ratched and she has them put in strait jackets. After Doc tells her of their mission to take Murphy to the CDC to cultivate a cure for the Z virus, Ratched is more than convinced that they're delusional. She prepares to lobotomize Doc, though a hulking patient named Bob comes to the rescue and kills her. The patients rise up.

Doc manages to rally the patients and make a run for a bus that's parked outside just as the zombies break through the building's feeble barricades. Once everyone's outdoors, 10K collapses, prompting the patients to leave him and Doc behind as they take off in the bus. Doc discovers 10K's Murphy bite and despairs for his friend and wonders whether the vials in his bag are the cure or what's making him sick. Doc swears to punch in Murphy's teeth as 10K makes him promise not to tell Roberta and the others about his condition.

The episode ends with the patients heading for an unknown destination on board their crazy bus, running over a Z along the way. 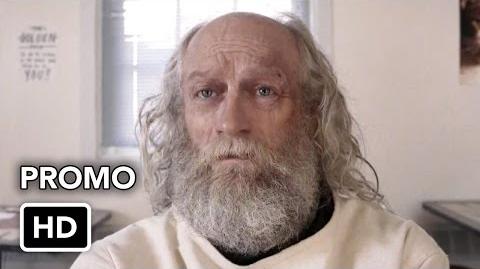 Retrieved from "https://z-nation.fandom.com/wiki/Doc_Flew_Over_the_Cuckoo%27s_Nest?oldid=27561"
Community content is available under CC-BY-SA unless otherwise noted.