Martin Cooper is a main character on Z Nation, first encountered in season 5 episode 1 "Welcome to the Newpocalypse"

Martin was a trained medic. He owned a farm together with his wife Sarah, and was living there with his wife and daughter, Claudette.

As Claudette became sick, Martin went out looking for medicine. Whilst gone, his wife took their daughter into the car and parked it in the barn with the engine still on, killing them both. When he returned, Cooper found them dead but was unable to give them mercy.

A year later, he was out on the ridge and found Roberta Warren injured. He took her home and treated her wounds. As she came around after a couple of weeks, she began to help him on the farm. Growing closer together, they began a romantic relationship until one day, Roberta found Sarah and Claudette in the barn. She convinced Cooper to give them mercy.

Cooper was unwilling to let Roberta leave, and as Murphy came looking for her, Cooper held him hostage. Roberta knocked Cooper unconscious and locked him in the trunk of the car as she left together with Murphy towards Altura.

Cooper eventually made his way to Altura to talk to Roberta, telling her something he kept hidden from her since he found her. 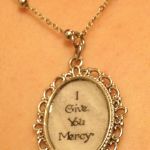 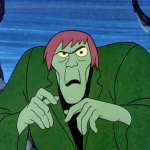