Black Summer is a series by Netflix and a spin-off of Z Nation. It was created by Karl Schaefer and John Hyams. It will have eight episodes in it's first season. Z-Nation and Black Summer creator Karl Schaefer clarified the connection between the two series as "Same apocalypse, different story. ...it is earlier in the same apocalypse. Things haven't got weird yet. "[1]

As the series takes place one year before Z Nation none of it's original cast is involved. Netflix has however hinted that we might see some cameos in the show’s future.

In November 2019, Netflix officially renewed the show for Season 2 with filming beginning in 2020 and the characters of Rose, Julias, and Sun set to return as well. William is also hinted to possible be making a reappearance by the actor, but that has yet to be confirmed.

A mother, torn from her daughter, embarks upon a harrowing journey, stopping at nothing to find her. Thrust alongside a small group of American refugees, she must brave a hostile new world and make brutal decisions during the most deadly summer of a zombie apocalypse.[2]

On November 20th, 2019, Netflix renewed Black Summer for a second season, consisting of eight episodes. Shooting was set to begin in early 2020, though it was delayed due to the COVID-19 Pandemic and rescheduled for 2021. 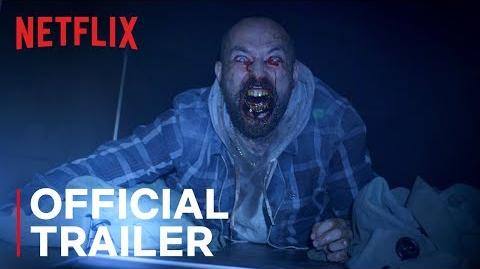 Retrieved from "https://z-nation.fandom.com/wiki/Black_Summer_(TV_Series)?oldid=28496"
Community content is available under CC-BY-SA unless otherwise noted.