Start a Wiki
"Batch 47" is the fourth episode of Season 2 of Z Nation and the seventeenth episode of the series overall. It first aired in the United States on October 2, 2015.

On the hunt for more Z Weed, Murphy and Cassandra (sans Wrecking Ball, for some unknown reason) have come to a Minnesota lab, where they find a group of survivors desperate to get their hands on Batch 47, a supposed herbal vaccine against the zombie virus. Unfortunately, the greenhouse wherein this Batch 47 resides is overrun with zombies actually, even worse, phytozombies: half-plant, half zombie hybrids. Murphy finds the guy in charge, Odegard, just as the lab workers are about to send more harvester-types into the greenhouse to collect this mysterious Batch 47. And then Dr. Walter Kurian shows up, the bad guy from the Season 1 finale that created the ZN1 virus, and who might be responsible for the outbreak of the zombie virus in the first place. He is badly burned on the side of his face.

Meanwhile, Operation Bitemark, in pursuit of Murphy, has rolled up to the lab and started to snoop around. They come upon a blonde woman with a little girl, and she turns out to be their kind of people: a woman raising a kid she's not related to because her real mom is dead. The problem is the little girl is very sick and she keeps asking the blonde woman to not let her turn into a zombie.

Murphy can feel the pain of the plant zombies, a psychic connection that seems to work both ways. He manages to get a sample of Batch 47 for the good lab doctor and they try it out on some zombies who are just heads in jars. All this while Addy makes contact with Citizen Z, who gives her the new coordinates for the CDC in California. The number she writes down was also seen by Dr. Kurian.

The team gets roped into helping harvest the rest of the seedpods in order to make more of the herbal zombie vaccine. They trade in their guns for garden tools as defence for the phytos and head into the greenhouse, where they encounter the terrifying phytozombie leader, all green, shaggy, covered in vines and powerfully psychically connected to Murphy. Murphy flees and runs into Dr. Kurian, who tells him that the only hope the world has left is people like Murphy: half human/half zombies.

Escorpion is in charge of a cartel known as the Zeroes (which explains the 'Z' tattoo on his hand). When the lab doctor protests his order to shut down all Batch 47 experiments, Hector suddenly insists on human trials,the trial subject being a reluctant Odegard who turns,and shoots the resulting "alive zombie" in the face. When Murphy tries to free all the phytozombies in the Giant Shop of Horrors, they suddenly come after him and the team has to fight for their lives. When they end up killing the phytozombie leader, Murphy is bereft. Finally, Doc finds the little girl and her not-mother in the barn and hands over the Batch 47 leaves, which the little girl chews on before she dies.

The episode ends when Serena, the pregnant lady wandering around looking for Murphy, encounters the group. 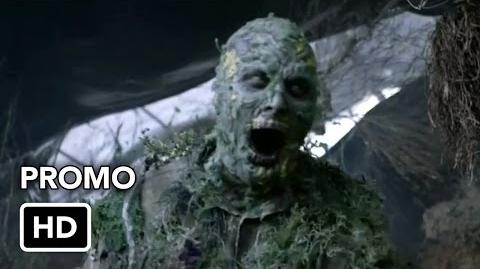 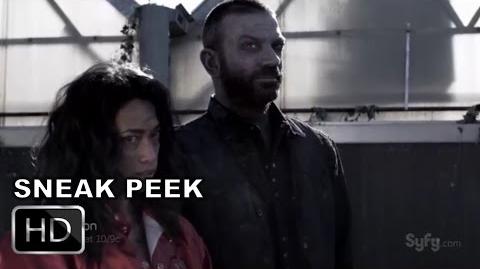 Retrieved from "https://z-nation.fandom.com/wiki/Batch_47?oldid=26759"
Community content is available under CC-BY-SA unless otherwise noted.